The Descent, Sophie Cabot Black’s anticipated follow-up to her award-winning debut, The Misunderstanding of Nature, describes a restless spirit at the crossroads of love and damage, rapture and disenchantment, the mountain and the descent. “Heaven is only/What it cannot be”, one poem admits, but what is salvageable after a beloved departs, after the harrowing of personal and collective disaster, after language itself is revealed as inadequate? The voices of these poems struggle through the hesitancies of doubt and loss to end at more than survival or witness; they achieve clarity by singing of the resiliencies of the known world, after paradise inevitably fails.

In these spare, lyric outcries, Sophie Cabot Black affirms her place as one of our most spiritually meaningful and ecstatically crafted contemporary poets. 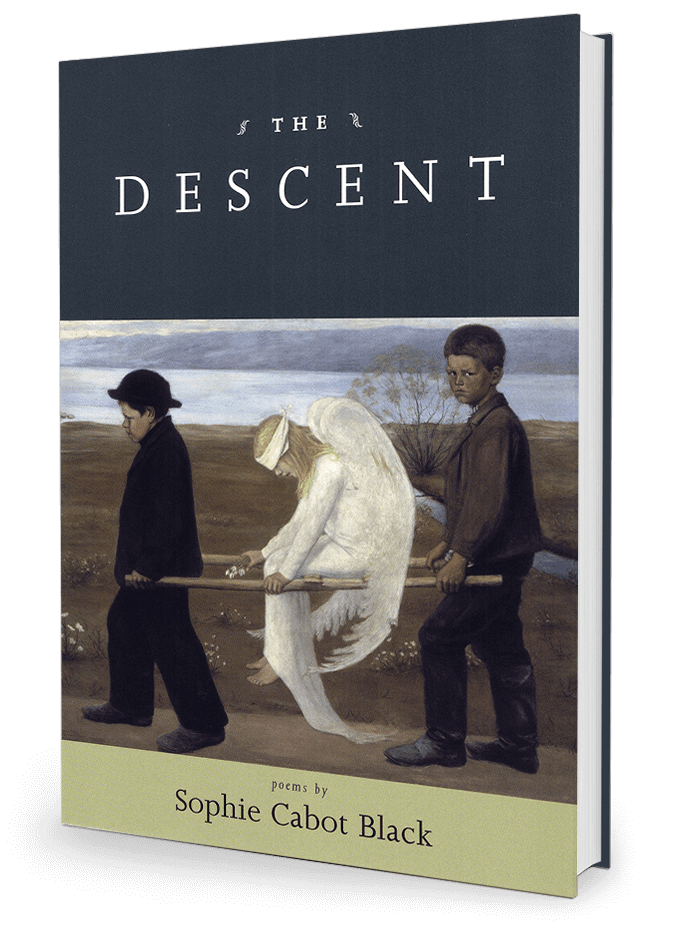 What People Are Saying

“Black’s voice is startling, jagged and implacable, and The Descent is steep, precipitous and dazzling-all the way down from a hard-earned heaven.”
—Los Angeles Times Book Review

“Black is a true master of controlled rhythm and cadence and of suggestive enjambment: a poet of keen assurance and consummate craft, but perhaps what most amazes the reader is that such honed writing can speak with such emotional immediacy.”
—Boston Review

“..this new book amazes me; I am amazed by such primal sincerity, such necessity-driven authenticity. Something has asked her to awake to and endure a revelation— she has achieved a quiet greatness.”
—Franz Wright

“Sophie Cabot Black’s poems, in their measured grace, have a quiet intensity, animated by her passion for a clarity of understanding, in the art as in the life.”
—Stanley Kunitz

“The Descent [as a Hot Pick] is just full of amazing poems…they go right to the heart, they change your mood, they make you see the world in a different way.”
—Susan Cheever on MSNBC/Topic A With Tina Brown

“In Sophie Cabot Black’s poems, we find the world flashingly seen and stabbingly felt… Cabot’s is ‘the light which breaks and asks for more’.”
—Rosanna Warren

“…The tone, imagery, gives this book its quality of witness by an intense and religious intelligence… Such is the territory of The Descent–outside the known, in an untamed place of grave danger and great beauty.”
—Field